The reporter learned that before and after the Spring Festival in 2017, 48 households living in 18 dormitory areas of the northern district of Nanchang University worked hard and self-funded to install elevators in 4 unit buildings, achieving the “no climbing” for middle and high-rise residents in advance. “Wish. They provide a lot of fresh experience and are worth learning from.

An elevator is built outside the unit entrance, and there is an independent entrance door, and residents can enter the unit building from the slope.

This residential building built in the last century is a typical “old residential building” in Nanchang: each unit is attached to an independent above-ground storage room. Even the first floor residents have to climb two stairs and turn one bend to go home. … I have to say that for such a building without an elevator, going up and down the stairs becomes a difficult problem for residents living in high-rises, especially elderly residents with limited mobility. However, since the elevator has been installed in the unit building, it has become more convenient for residents to go up and down the stairs.

On November 14, when reporters took the elevator experience in 18 residential buildings, they found that the elevators installed in the 4 unit buildings are all “improved addition modes”, that is, the elevator is built outside the unit entrance, with independent entrance doors, residents You can enter the unit from the slope and take the elevator.

Each elevator has a nuclear weight of 450 kg and a nuclear capacity of 6 people, and is equipped with 1, 2, 4, 6, and other 4 stop buttons. The reporter noticed that the elevator could not directly reach the entrance of the resident, and it was necessary to go up and down the stairs to enter the house. According to reports, residents on the second floor have to climb half steps after leaving the elevator, and residents on the third floor need to go down the stairs on the other floor, and so on for other floors … Although such improved elevators cannot fully achieve “accessibility” “However, due to the low floor height, it is indeed much easier for elderly residents to take the elevator up and down the stairs.

The reporter noticed that “Elevator Use Signs” were posted in each elevator car, indicating the information of the manufacturing unit, inspection unit, maintenance unit and rescue phone, which was very standard. The elevator also runs very smoothly, without any shaking or unusual noise.

It took more than a year to solve the problem of going up and down the stairs.

Residents spent 9 months discussing “how to build” and “saving money”

The reporter learned that in order to install elevators, residents in 18 residential buildings have specially set up an elevator preparatory committee. Preparatory work has begun in early January 2016. As of September of the same year, the construction of the elevator took about 9 months.

“Some residents went to live with their children in the field, and the house was empty. I felt that building an elevator had nothing to do with them; while some residents were still young and had convenient legs, although they had high floors, they felt that they did not need to build an elevator for the time being.” Deng Zhanzhong said, In order to maximize the understanding of the needs of the residents and formulate the most reasonable construction and cost sharing plan, the elevator preparatory committee has done the work one by one, and has finally received everyone’s understanding and support.

The reporter learned that the installation of elevators in unit buildings also involves the approval and support of multiple government departments and enterprise units such as construction, market supervision, urban management, fire protection, and power supply. Although the installation of elevators in the 18 residential buildings is at the expense of the residents, it is obviously unrealistic to rely on the residents to “run back and forth” involving so many units and departments. Therefore, the elevator preparatory committee came forward to ask the Nanchang University for support. With the coordination and settlement of the school, the elevators in the residential building finally got the “permit for birth” and entered the substantial construction phase.

The cost of each elevator was more than 330,000 yuan, and it only took 4 months to complete the construction.

The reporter learned that the cost of installing an elevator in each of the 18 residential buildings was about 330,000 yuan. Construction started in September 2016 and was completed on January 20, 2017. It was officially put into use at the end of February of the same year. The addition of an elevator outside the unit building not only includes the cost of purchasing elevator cabins, but also involves opening stairs, digging foundations, sinking wells, pouring reinforced concrete piles, and so on. Take 18 residential buildings to install elevators as an example. The original construction cost was more than 320,000 yuan / unit. In the actual construction, an additional 10,000 yuan was added because the elevator foundation was poured.

“The elevator builder is very professional, and all technical problems can be solved.” Said Mr. Deng Zhanzhong. In order to ensure the safety of residents, the elevator preparatory committee invited well-known brand elevator manufacturers and hoistway construction units to take charge, so it took only 4 months to complete all It was completed much faster than expected.

Deng Zhanzhong said that after the idea of ​​installing an elevator was added to the unit building, the principle of apportioning the construction costs was agreed upon: that is, except for the outdoor living room on the 1st and 2nd floor, the residents on the 3rd to 7th floor should share all the expenses reasonably.

In fact, due to the different heights of residents’ floors, the utilization rate of elevators is naturally different. In accordance with the concept of “different floors and different allocations”, the elevator committee proposed that the allocation of 330,000 yuan of elevator cost be set to three levels: the first floor of the third floor, and about 28,000 yuan per household; the fourth and fifth floors For one stall, more than 30,000 yuan per household; on the 6th and 7th floors are one stall, each household contributes more than 40,000 yuan. As a result, the problem of the largest and most cost-sharing issue has been basically resolved.

“At the end of preparation, the residents on the second floor took the initiative to approach the door and asked to participate in the construction and use of the elevator.” The cost borne by each company has been reduced compared to the previous one.

Elevator use and maintenance fees

It only costs up to 155 yuan per year

“After the elevator is installed, everyone can have the greatest convenience for only a small amount of money,” said Deng Zhanzhong. Taking last year as an example, he lived on the 6th floor and enjoyed the elevator going up and down. Convenient and feels good value for money.

The reporter saw in the “Elevator Fee Schedule in 2018” posted inside the elevator that after the elevator was put into use, the electricity fee was 715.5 yuan / year (part) and the annual inspection fee was 742.5 yuan / year (part). The 14 households in each unit will pay from the lowest to the highest according to the four-level allocation principle agreed in advance. 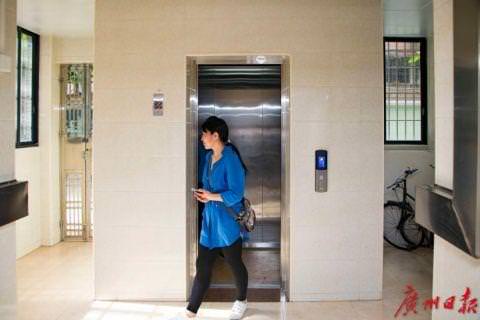 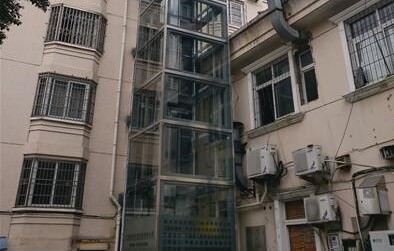